The 3rd Tomato Inspiration Award was given to Philipp Saumweber of Sundrop Farms at the Puro Skybar in Berlin during the annual Tomato Inspiration Event. This time no specific themes and no international jury. During the event, the attendees were asked to vote for the nominee that inspired them the most. Previous winners of the award – Windset Farms (2014) and Duijvestijn Tomaten (2015), as well as the 7 partners of the event, have individually contributed to a longlist of inspiring producers or producer associations. The quest for the best possible consensus resulted in four nominations: APS Salads from Cheshire (UK), the Flandria label of the joint Belgian auctions (LAVA) from Leuven (Belgium), Sundrop Farms from Adelaide (Australia) and Zeiler Gemüsevertrieb from Münchendorf (Austria). The nominees had been introduced earlier via short trailers in HortiBiz’s newsletter and on HortiBiz.com. Sundrop Farms received the most votes and was therefor declared winner of the Tomato Inspiration Award 2016.

Sundrop Farms is a developer, owner and operator of high tech greenhouse facilities that rely on nature’s abundance of sunlight and saltwater to produce high-value crops. This year Sundrop Farms will open a 20 hectare state-of-the-art greenhouse facility in Port Augusta, South Australia. The site will include four 5ha controlled greenhouses, a desalination plant and solar field comprising of a 115 metre high tower and more than 23,000 mirrors reflecting the sun’s energy. The 20 hectare site will be the first of its kind globally, employing approximately 175 people and producing more than 17,000 tonnes of tomatoes annually using solar power, seawater and natural pest management.

The Tomato Inspiration Event is an initiative by HortiBiz. The event is being funded by Bayer, Delphy, Koppert Biological Systems, Oerlemans Plastics, Priva, Saint-Gobain Cultilene and Svensson. 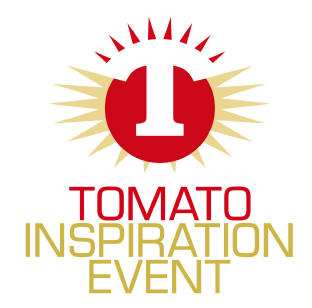