The greenhouse horticulture has been developed tremendously over the last 15 years. The increasing demand on food safety and food security are the driving forces to improve the traditional way of cultivating to become more modern and more efficient. The Netherlands is famous of its high tech greenhouse horticulture worldwide. Developed greenhouse technology, such as climate control, irrigation systems, and management skills, such as crop cultivation strategy, biological control, and labour management in the Netherlands, can be integrated into Chinese conditions to improve the horticulture sector in China.

For the mentioned reason above, CAMA PA, managed by China Academy of Agricultural Engineering, organized an introduction training on greenhouse horticulture which was executed by Delphy in China.

The training took place between the 11th and 15th of January 2016. The training started off with a discussion on greenhouse horticulture development in China, led by agricultural experts from CAAE. A total of 120 students participated in the training and were led by expert trainer Mrs. Ineke van Meggelen from Delphy. 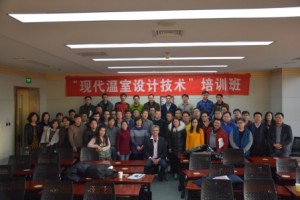 During the training, greenhouse design, climate control, irrigation management, crop cultivation, were explained in a very practical way to the participants by the two Dutch trainers. An excursion to a greenhouse in Beijing was organized after the training. This way, students could visit the site with the knowledge that they’ve learned during the training. Picture 6. Greenhouse excursion after the training

Experiences from the participants after the training:

“This training was an introduction, I would like to have the follow up training even more in depth about every topic, for example, a detailed training with focus on irrigation”

Based on the experiences of the students, both CAAE and Delphy considered it to be a very successful start-up training. CAAE and Delphy will organize more trainings on each specific topics of greenhouse horticulture and one part of the training taking place in China and one part to take place in the Netherlands. Both trainings will have practical lectures inside the greenhouse.

Feel free to contact Steven Madern, Manager Education of Delphy with any questions you might have in relation to training possibilities for you. 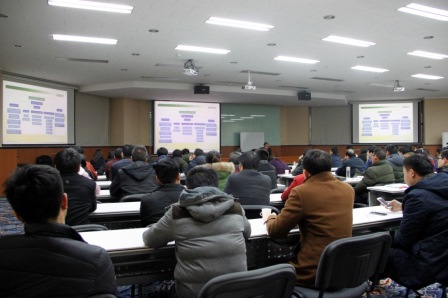