the Delphy Improvement Centre, Wageningen University & Research (WUR) and the Municipality of Lansingerland are celebrating fifteen years of scientific development in the field of greenhouse horticulture. Save the date: various activities will be organised during the ’Horti Science Park Event Weeks’, held this year from 20 September to 8 October. From looking back, we are now looking forward to the role that the Horti Science Park will be playing in the future.

The opening of the ‘Vertical Farming Fieldlab’ by Wageningen University & Research (WUR) and Delphy is scheduled to take place during the ‘Horti Science Park Event Weeks’, which will be held from 20 September to 8 October. In addition to the above, the Municipality of Lansingerland, WUR and Delphy, in conjunction with organisations such as Glastuinbouw Nederland and Greenport West-Holland, will be organising at least ten other events. One of these is the Knowledge Day for entrepreneurs in horticulture, the WaterEvent and an afternoon symposium on taste research. Meet-ups on the ‘Horti Science Vision’ will also be planned with young people who are interested in the horticultural sector and residents of the municipality. All events will be looking towards the future based on the knowledge we have today.

The autumn of 2006 saw the launch of a number of cultivation trials at the Delphy Improvement Centre and Wageningen University & Research (Greenhouse Horticulture Business Unit) sites, both located at Violierenweg in Bleiswijk (Municipality of Lansingerland). Pioneering research was conducted in support of both the Dutch and international greenhouse horticulture sector at this Horti Science Park in the past decade and a half.

In addition to devising and developing the Next Generation Greenhouse Cultivation project, a great deal of research was carried out on the application of LED lighting with a view to creating sustainable cultivation systems. The development towards digital cultivation in autonomously controlled greenhouses with the application of newly developed plant sensors is in full swing and will result in far-reaching changes regarding the management of greenhouse horticulture. The development of production systems has always been a part of this, just as several greenhouse prototypes are now being tested and scientific knowledge in the area of cultivation is being developed in support of Vertical Farming practices.

More information about the ‘Horti Science Parc Event Weeks’, the programme and the content of the various meetings will soon be available online. 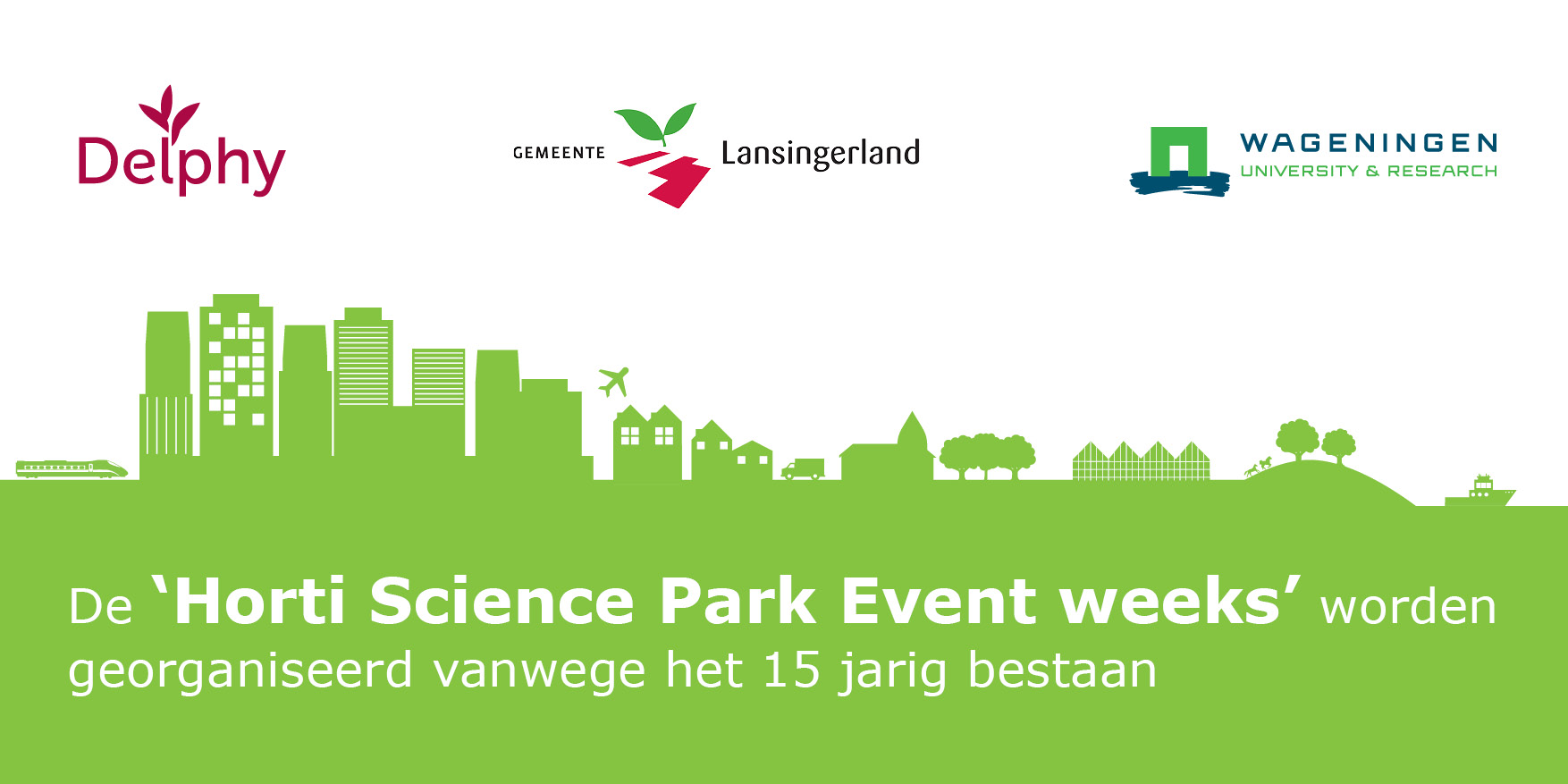